A brilliant writer, translator and editor with keen wit and encyclopaedic knowledge, Zmei Gorianin (the Dragon) is the author of over 50 books, including epigrams, historical novels, novellas and short stories, poems and tales for children. His life is filled with vicissitudes through which, however, he remains true to his principles.

Svetlozar Akendiev Dimitrov was born in Rousse on January 11, 1905. Although his family travels a lot, he graduates from the high school in the city. In 1926, he tries to set up a business in Rousse and hires a printing house. In 1927 he marries Sonya Dimitrova – an extremely intelligent and beautiful woman, whom he has known from school. Shortly after, the printing enterprise goes bankrupt and the family makes an unsuccessful attempt to move to Sofia, then again returns in Rousse, where Zmei Gorianin takes part in the publication of the Rousse News newspaper. In 1930 he and his wife move to the capital city of Sofia for good. He begins to write and publishes his works under many pen names among which the most famous is Zmei Gorianin. It is borrowed from Serbian writer Jovan Jovanovic Zmai. 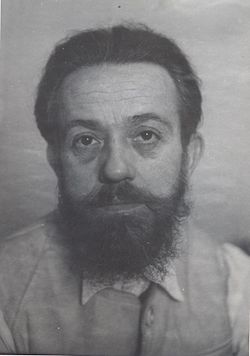 Zmei Gorianin is a close friend of Elin Pelin. Their friendship is draws from the shared love for fishing and stamps. The two families are very close and meet each other frequently. It is believed that Elin Pelin is extremely fascinated by Sonya, Zmei Gorianin’s wife, and there are allegations as to the extent of their proximity. At the time, Sonya is considered a truly remarkable woman of which the love the artist Vasil Stoilov feels for her also speaks. When he paints her first out of a series of portraits, he falls deeply in love with her and his feelings stay with him until he dies years later.

In 1942 for a short period of time the writer becomes a censor at the Prinitng Directorate. After the coup d’état on September 9, 1944 and the advent of the Communist Party to power, he is accused by the People’s Court in 1945 that he had obstructed the publication of works by left-wing writers. Although this proves untrue, the People’s Court sentences him initially to five years in prison, but then reduces the term to one year because of his poor health. His books are added to the list of fascist literature and are seized from the libraries in the country.

When released from prison, Zmei Gorianin is not allowed by the Communist regime to publish any more. To win this opportunity back, some of Zmei Gorianin’s left-wing friends advise him to repent publicly, but he refuses to do so. In 1951 the author withdraws to the monastery called The Seven Thrones in the Vratsa Mountains. He spends there the last seven years of his life in creative isolation, dies in 1958 and is buried in the Monastery.

One of the consequences spurring from the deliberate oblivion imposed on the writer by the Communist regime and the ban on his writings is that his works were published again in 2000. Some of his works reached their public for the first time then. Other  works, however, have been lost forever.