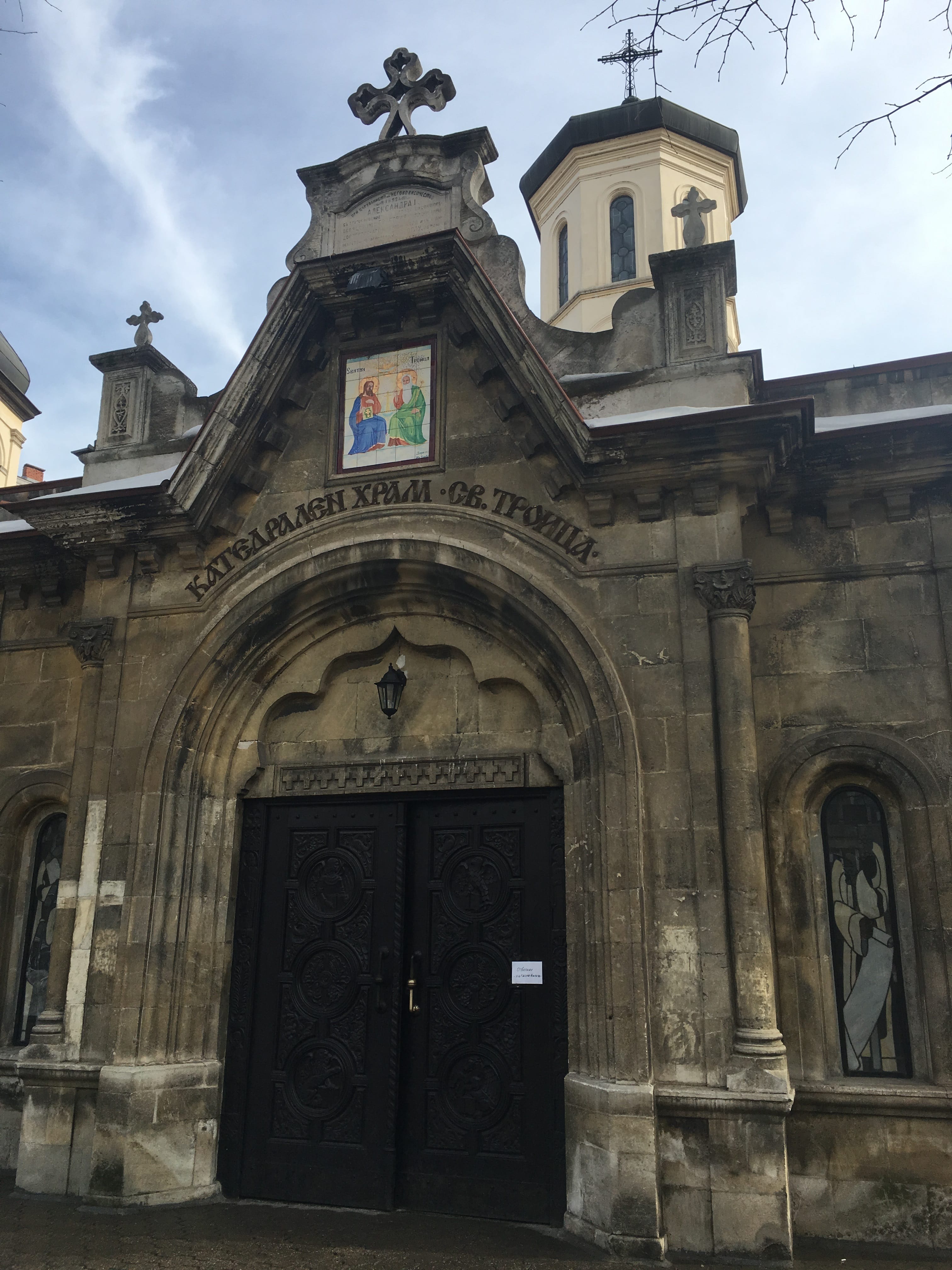 For centuries Rousse has been a cozy home for representatives of different ethnic and religious communities, including Armenians, Turks, Jews, and Bulgarians. Yet, Orthodox Christianity remains the official religion in the city and in the country alike. A number of churches have been built through the years, but the one that stands out is the Holy Trinity Cathedral.

Holy Trinity is the oldest church in Rousse. It was built in 1632 and is located right next to the current building of the Opera. In accordance with the provisions of the Turkish authorities stating that Christian churches may not exceed the height of minarets and mosques, the church was dug into the ground 4.5 metres below the ground level. In terms of its architecture, it represents a pseudo basilica about 15 metres wide and 32 meters long.

The story of its construction is unclear. Presumably, on the place where the Church now stands there used to be a catacomb dating back to the 5th century, or a Medieval church. It is assumed that during the Ottoman rule it was easier to be granted a permission to build a new church on the spot where an older church was situated.

The way the church looks today has remained the same since the years after the Liberation from Ottoman rule. A stone staircase that replaced the original wooden steps leads into its interior now. To the left is a built-in tombstone of Father Daniel, a longtime teacher at the religious school in the convent next to the church. To the right is a second inscription on a granite slab, which reports about the reconstruction of the church in 1764. 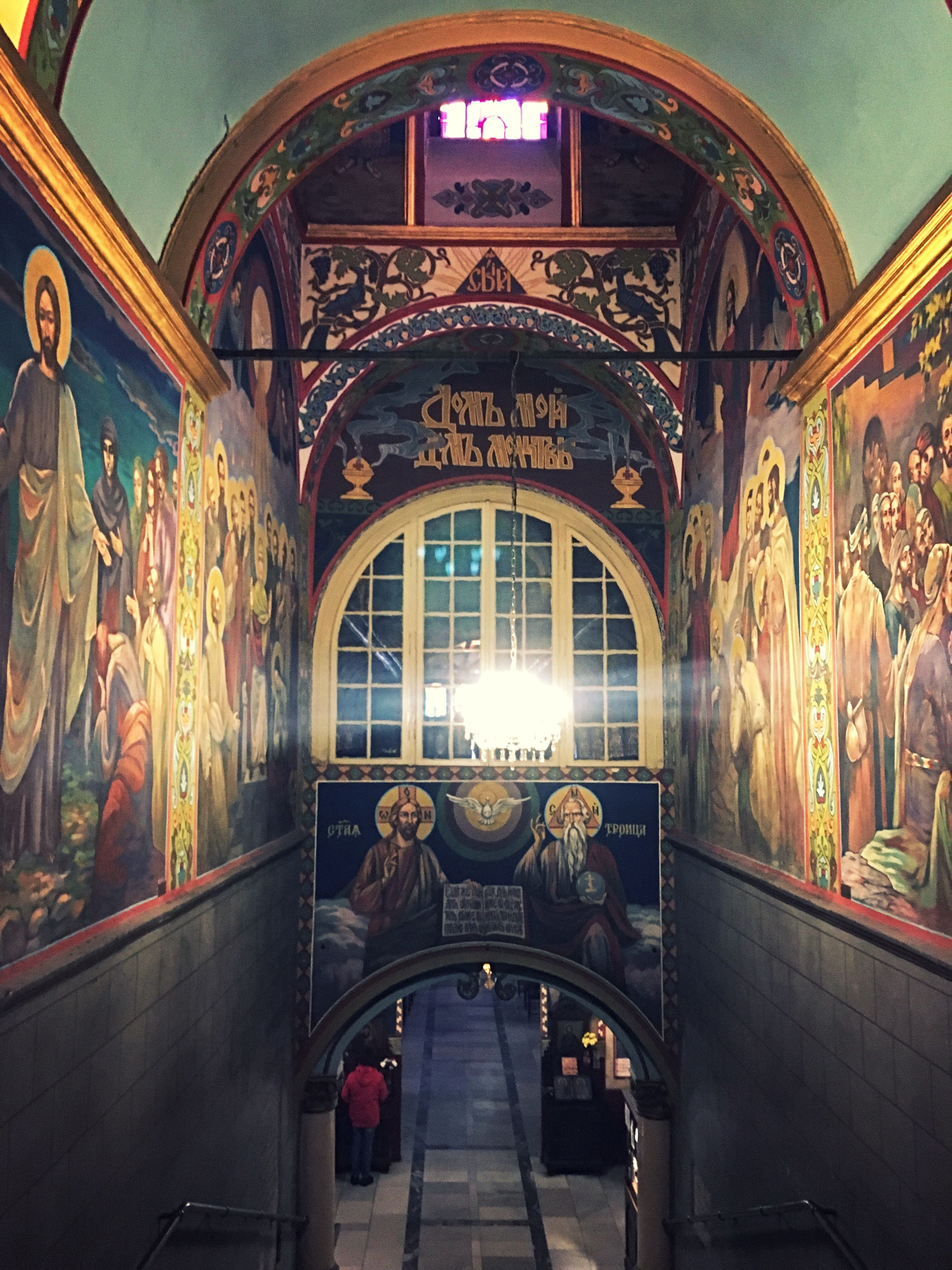 In the vestibule of the church are the graves of four bishops representing the region of the cities of Dorostol and Cherven. These are Bishops Grigoriy, Vasiliy, Mihail, and Sofroniy. In the 19th century Bishop Grigoriy persuaded his friend Zafir Sarooglu to donate the amount of BGN 40,000 for the extension of the church.

The most exquisite part of the interior is the hand-made iconostasis crafted dating from 1803-1807. Some say it is the only one in Northern Bulgaria that was created by the famous craftsmen from the Samokov School. According to others, the iconostasis is a work by the masters Marin and Vasil from the renowned Iconographic School in Triavna while the icons are believed to be created by the Vitanovs masters from the same town. Yet others believe that the iconostasis was made by an unknown Wallachian carver. The icons are in the Byzantine style and are decorated between 1805 and 1807. Most of them are believed to have been painted by Zachary Zograf’s father – Hristo Dimitrov.

The church is a home for the miraculous icon of the Holy Virgin of Tenderness, created in the late 17th century. Also, the church keeps relics of St. Theodore of Tyron, St. Panteleimon, St. Evstatia, St. Terentiy, St. Grioriy-Bishop of Serbia as well as St. James of Persia, which indicates that the church was part of the pilgrimage routes in the region.

The bell tower is hexagonal and with its height of 19 meters it is the highest part of the church. Built of hewn stones taken from the ruined wall of Ruschuk Fortress in accordance with the decision of the Berlin Congress from July 1878 to demolish all fortresses and walls from the Ottoman times within a year. Currently, the bell tower has 5 bells.

After the Liberation, people donated money to build 2 chapels. The first one is dedicated to St. Alexander Nevsky. In 1979 it was turned into a museum for icons and old books. The second chapel is dedicated to the brothers St Cyril and Methodius.

Years ago, near the Cathedral was located the old Christian city cemetery. Now in the courtyard you can see 2 monuments of British officers who died in the Crimean War. As the British at that time fought on the side of the Turks, after the Liberation similar monuments have been forgotten and neglected. The ones in the church yard in Rousse are probably the only ones surviving in the country.

Todor Hadzhistanchev, a teacher, created the church choir in 1870. In 2009 the church began publishing its parish bulletin released on major Christian holidays.

The church is connected with some historical events in in the city:

In 1983, Holy Trinity Cathedral was declared a monument of culture of national importance.

All photos that are used in the article, except for the first one, are owned by this website.