The name of Mrs Neshka Robeva will remain forever in the annals of the Bulgarian sport’s history as a symbol of our rhythmic gymnastics team’s international success in the last 25 years of the 20th century. Under her leadership as a Senior Team Coach, the so called Golden Girls have earned a total of 294 medals and world and European titles. However, her coaching methods and harsh treatment of the girls and their achievements provoke contradictory reactions even now, decades later.

Neshka Robeva was born on 26 May 1946 in Rousse. She graduated from the School of Choreography and from the National Sports Academy (NSA) in 1973. She started practicing rhythmic gymnastics late when she was 20. She has participated with the national team in the four world championships held in Copenhagen, Varna, Havana, and Rotterdam and won five silver and four bronze medals in individual tournaments.
After she ended her coaching career, she became an assistant at the NSA and then worked at the Bulgarian Rhythmic Gymnastics Federation. Since 1976 she has been employed by the Levski-Spartak Sports Association. From 1993 to 1997 she was a member of the European Gymnastics Committee and is the President of the Levski Rhythmic Gymnastics Club.

In 2000 Neshka Robeva ended her coaching career and created the National Art Troupe consisting of 35 girls and boys which presents contemporary interpretations of Bulgarian and Balkan folklore. Neshka Robeva is the manager, director, and choreographer and the troupe has performed nearly 1000 times in the country and abroad. The performances of Two Worlds, Destiny, and Are You Ready have been performed over 400 time in front of more than half a million people in over 20 countries on three continents. The Two Worlds performance is the first Bulgarian play that was performed on Broadway.

She became a Senior Coach of the National Rhythmic Gymnastics Team in 1974 and held the post until 1999. Under the Senior Coach’s strict discipline and harsh treatment even of successful performances, the Golden Girls won 143 gold, 88 silver, and 63 bronze medals as well as world and European cups and titles including seven absolute world, ten absolute European titles, one vice-Olympic individual title, seven absolute world and six absolute European titles, and one vice-Olympic title in ensemble performances. 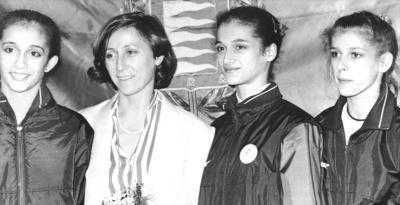 The Golden Girls are the gymnasts who have competed for Bulgaria during the last 25 years of the 20th century under the leadership of Neshka Robeva. The most prominent of them are Adriana Dunavska, Anelia Ralenkova, Bianca Panova, Dilyana Georgieva, Elizabeth Koleva, Iliana Raeva, Lili Ignatova, Maria Petrova, and Yulia Baicheva. For more information on most of their individual achievements, see this article.

While a coach of the National Team for Rhythmic Gymnastics, Neshka Robeva has achieved unconditional success for our country. Most of her coaching career passed during the communist regime in the country when the sports priorities were set by the Communist Party and any success less than a gold medal was considered a failure. The tension on the then coaches was enormous and Neshka Robeva’s methods for achieving maximum results include almost 24-hour training sessions bringing the girls to their complete exhaustion, contemptuous attitude and strong criticism even towards the their smallest mistakes during the training combinations, exhausting physical activity, extremely rigorous diet all of which ultimately demotivated the gymnasts and became the reason for the growing hostility to the trainer’s “iron hand”.

These relationships are evidenced in the In the Name of the Great Purpose: Behind the Scenes book by Bianca Panova, one of the most successful Golden Girls who, in 1990, herself became a coach in Italy. The relationship between the coach and her girls is also demonstrated in the About Neshka Robeva and Her Girls movie by Georgi Dyulgerov. In recent years we have also witnessed professional conflicts between Neshka Robeva, on the one hand, and two of her Golden Girls now coaches themselves – Lili Ignatova and Iliana Raeva. 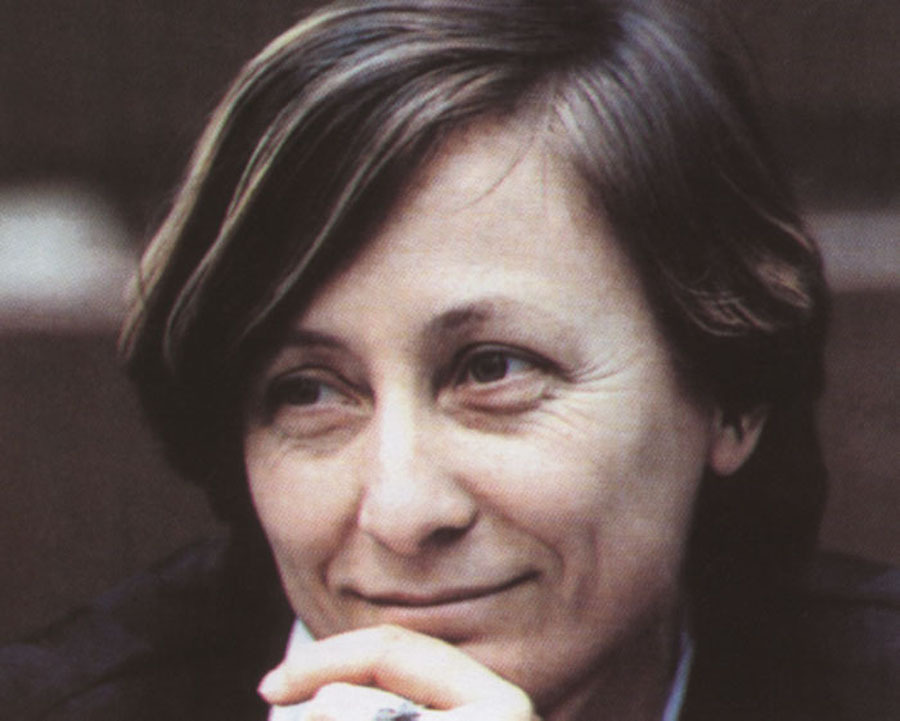 Neshka Robeva’s political position and statements also provoke conflicting impressions. She was a Member of Parliament in two National Assemblies and declared and voted against the Administrative Division Act in 1987 which consolidates municipalities in urban systems. She is a co-founder of the Public Committee for the Environmental Protection of Rousse, established in 1988, which is also the first informal dissident group in Bulgaria. Thus, before November 10, 1989, when the communist regime in our country is officially considered to have collapsed, Neshka Robeva confronted the communist regime. Surprisingly, soon after, she stated her loyalty to communist principles and remained a member of the Communist Party. To this day, it seems that Neshka Robeva still adheres to socialism and communist ideology despite the crimes done by the Communist Party in Bulgaria. In itself, it is fully acceptable to support left-wing political beliefs. However, melancholy for the Bulgarian totalitarian past and sticking up to communist ideas in Bulgaria, where not a single communist apparatchik was sued for the crimes of the Bulgarian Communist Party, among which the monstrous People’s Court during 1944-1945 and several national bankrupts, raises ethical considerations. 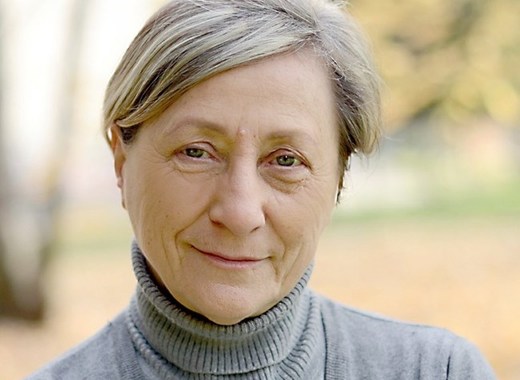 In conclusion we can say that over the years the name of Neshka Robeva has been associated with polar emotions and opinions. On the one hand, there are the unprecedented world achievements of our country achieved by Neshka Robeva as a Senior Coach of our national team and her success as a choreographer in the last twenty years. On the other hand, behind the professional successes there stands the question of her value as a person and psychologist and the price that the girls paid for these achievements. Many of Neshka Robeva’s critics also question whether our country would not have achieved much more in the field of rhythmic gymnastics over the years if her coaching methods had not been based on fierce criticism and humiliation directed at the girls but rather focused on promoting and motivating them along the path to the great success. We provide you with the materials we used for this article as a starting point and you will find the answer for yourself.