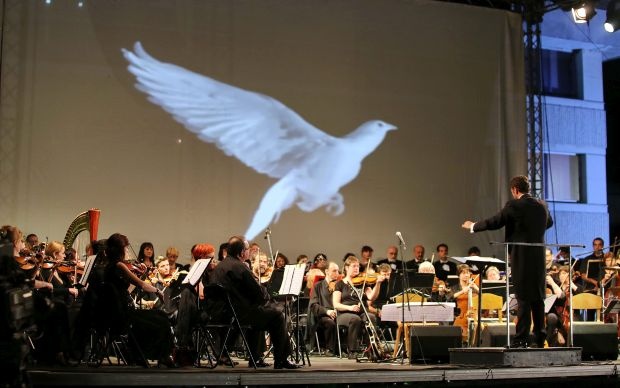 Undoubtedly, the State Opera in Rousse grounded the establishment of the city as a cultural hub way back in the 19th century and is still developing Rousse as such. In recent years, its achievements have boosted and its musicians have earned an increasing number of awards from their participation in national and international competitions. With each passing season, the enthusiasm and the commitment on behalf of the Opera team to attract talented artists not only from the city, but also from country- and Europe-wise, provoke the respect of both local audiences and admirers in the capital and other major Bulgarian and foreign cities. However, hardly anything would have been possible if the traditions of the Opera do not date back to a century ago and if it has not been led by a team of creative and enterprising people, among whom is its current Director, Maestro Nayden Todorov. 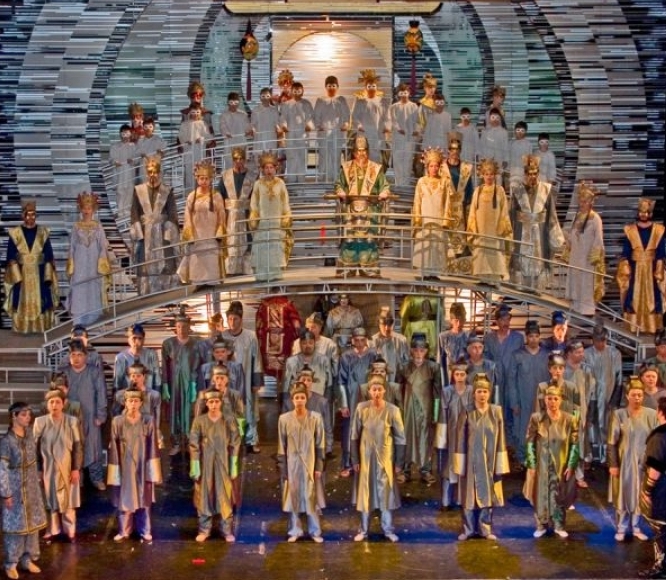 The first temporary opera, choral, and symphonic groups in Rousse begin to form in mid-19th century when the city became the entry point for European culture to the country. In 1891 the Lira Musical Community is established. It is the first permanent musical organization in the city for performing opera music. There follow years of multiple administrative transformations until, ultimately, in 1919 the State Opera in Rousse, as we know it today, is established. Its first premiere, Kamen and Tsena by Bulgarian composer Ivan Ivanov, is during the same year on April 23.

In 1949 the Opera becomes under the full control of the State and under the overall administrative management of the Theatre. The two institutions are housed together in the Profit-Yielding Building. In 1951 the Opera hits an extremely successful season and, as a result, during the next 1952 it becomes fully independent from the Theatre. In 1999 the Opera and the Philharmonic administratively unite. Now, the State Opera in Rousse manages the Philharmonic orchestra, the Choir, the Ballet, and the Children’s Opera in the city. The Opera is among the Bulgarian opera institutions that are financially self-sustainable. 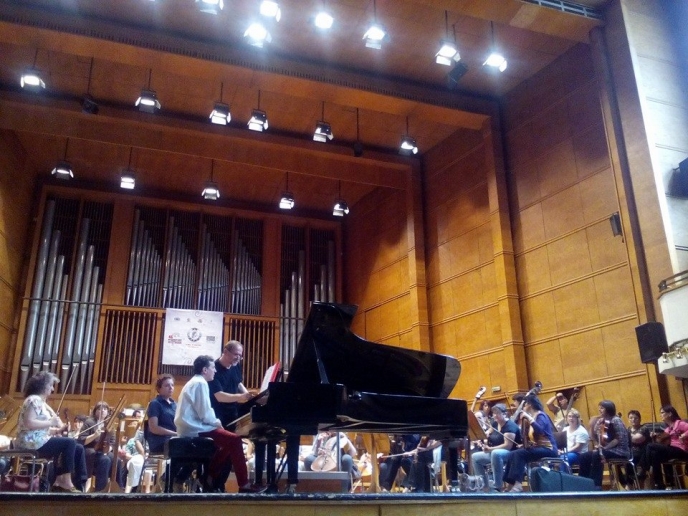 The 1950s and 1960s are extremely rewarding for the Opera. To this fortune contribute three opera soloists – Penka Marinova, Nikolay Zdravkov, and Kiril Krastev, known as the Star Trio. In2011, in their honoura relief next to the Opera is erected.

In the 1960s the Opera begins presenting more and more new operas on scene, performs in the capital city, starts its cooperation with the Romanian Opera and moves to a separate building – the one where it is located today. At the same time, it develops relations with the Union of Composers in Moscow, resulting in the presentation of operas by Prokopief, Stravinsky, and Hrennikov for the first on Bulgarian scene. 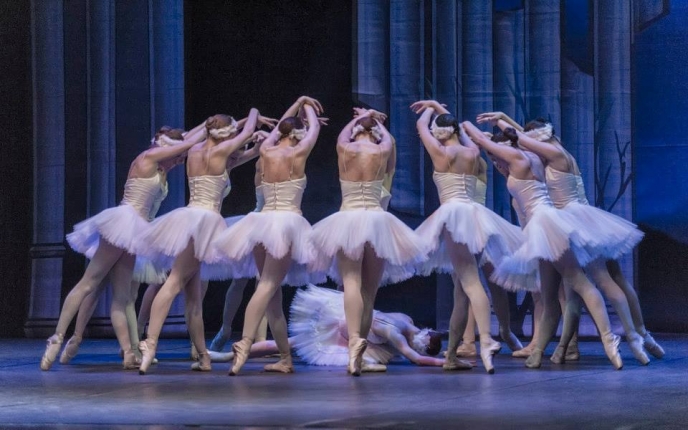 One of the most dedicated foreign artists who demonstrated his talent in Bulgaria is Dmitri Shostakovich. He assists in the preparation for the performance of Katerina Izmailova, the opera he writes especially for the Opera in Rousse. His close and warm relations with the city continue for years and his successful cooperation with local artists and musicians from the Opera and the Philharmonic led to the announcement of Shostakovich Honorary Citizen of Rousse in 1965.

The hard work of guest artists and composers, along with the professionalism of the musicians and the management of the Opera, its Philharmonic Orchestra, Choir and Ballet, as well as the placing of operas for the first time in the country turn the Opera into an avant-garde and innovative institution in terms of its repertoire. For the first time in Bulgaria, the Opera in Rousse presents Stiffelio and Macbeth by Verdi, The Human Voice by Francis Poulenc, Summer 893 and Maria Desislava by Parashkev Hadziev, Girl of the West by Puccini, and The Mornings Are Quiet Here by Molchanov. 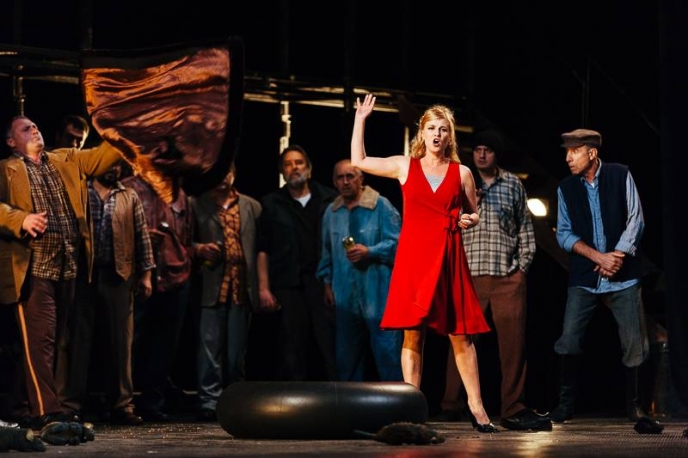 Over the years, the Opera becomes a host for legends like Nicolai Ghiaurov, Nicola Gyuzelev, Raina Kabaivanska, Gena Dimitrova, Anna Tomova-Sintova, and many others. Records of performances by the Opera are stored in the Golden Fund of the Bulgarian National Radio and Television. The Opera also participates in festivals in Switzerland, Austria, Germany, France, Italy and tours in Belgium, the Netherlands, Ukraine, Portugal. In 2012 the Opera is awarded the Golden Lyre while in 2015 it receives the prize Ensemble of the Year that is awarded by virtue of choice by the listeners to the Bulgarian National Radio classical music show Allegro Vivace.

In conclusion, I’d like to say a few words about the man who was one of the driving forces behind the proactive initiatives of the Opera; who generated ideas and found solutions to promote its artists and repertoire and to attract musicians from other Bulgarian cities to work at the Opera; whose energy as conductor raised a storm of emotions on stage; whose comments and views on professional topics are straightforward and still inciting responses. 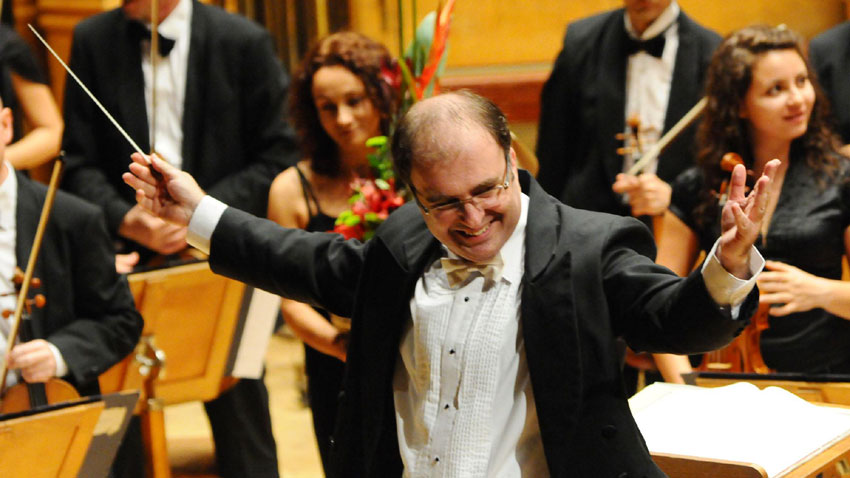 Even though Maestro Nayden Todorov is born in Plovdiv, he demonstrated the candour and heartiness of a resident of Rousse and shared the worldviews of a cosmopolitan. Trumpeter, pianist, composer, and conductor, he became the Director of Rousse State Opera in 2005. As of the 2004/2005 season he has been a permanent guest conductor of the Sofia Philharmonic Orchestra. In 2012 and in 2016 he won the Crystal Lyre prize awarded by the Union of Bulgarian Musicians and Dancers and Classic FM Radio, and in 2013 he was elected Musician of the Year by the listeners of the Bulgarian National Radio. In 2017 he was appointed Director of Sofia Philharmony. 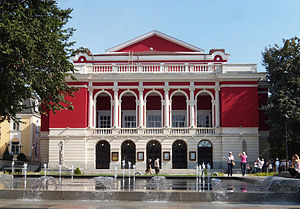