Today we are writing about Mr. Dobri Nemirov – Bulgarian writer and public figure, one of the founders of the short psychological narrative and the psychological novel in the Bulgarian literature, co-founder and chairman of the Union of the Bulgarian Writers in the period 1937-1940, founder of the pension fund at the Union of the Bulgarian Writers and of the Yordan Yovkov Fund which was established to support talented authors, member of a Masonic lodge. But before we go on, we want to make it clear that Dobri Nemirov was not born in Rousse. However, the years he spent in the city were formative and the author remained connected with the city until his last breath. And now, let’s start…

Behind the pen-name of Dobri Nemirov stood the person with the real name of Dobri Haralampiev Zarafov. Almost immediately after he was born in 1882 in the town of Tutrakan, his family moved and settled some 60 km west, in Rousse. And this became the reason why most of his biographers claim that Rousse is Nemirov’s birthplace. Here he studied at a seven-grade high school, but after completing the fifth grade, he had to quit his education. Being very poor, the family was no longer able to pay for the school and the boy began to work as a clerk. Although out of school, the boy started to educate himself and was much devoted to reading Bulgarian, Russian and Western classic authors.

Nemirov became known for his many talents which were further encouraged by his uncle Mitiu Petrov, who at the time was an actor and virtuoso player of many musical instruments in Bucharest. The boy had a strong interest in music and managed to learn how to write notes and play the violin while practicing on a friend’s same musical instrument. He also had an inkling to painting, making sculptures and being an actor. When the Victor Hugo theater circle was formed in Rousse in 1898, Dobri Nemirov was one of the first actors and frequently took part in designing the setting of the plays.

He first used his pseudonym in 1902 when he began publishing stories in periodic magazines in Rousse. In 1905 he moved to Sofia where he started collaborating with a number of progressive print media such as the Democratic Review, New Road, Bulgarian Collection, and many others. He published his first book called Stories in 1912 and quickly won his fame of a talented fiction writer. In 1913 Nemirov became a co-founder of the Union of the Bulgarian Writers.

The First World War and his service in the military print media Fatherland and Military Announcements mark the period of his maturing both as a person and creator. Under the influence of the Western philosophers Nietzsche, Schopenhauer, and Wund, he began to create in his work deeply grounded characters whose fictitious fate was the result of tragically developed circumstances. In 1923 Nemirov wrote the poem Poor Luke which became his most famous work and was filmed in 1979.

Until 1918 he worked as a librarian at the Bulgarian Literary Society and the Ministry of Welfare. In 1925 with his cooperation in Rousse was established the House of Arts and Print Media and Nemirov was elected an honorary member. He was the founder and supervisor of the Studio theater. At that time, Nemirov, together with Dechko Uzunov, Elin Pelin and Assen Zlatarov, was also involved in the establishment of the Union of the Friends of Movies. He founded the pension fund at the Union of the Bulgarian Writers and in the period 1937-1940 was its chairman. He also founded the Yordan Yovkov Fund to help talented writers, the money for which he had been personally donated by his childhood friend Jacques Elias. He became a member of the Masonic lodge.

Nemirov was very popular for his time and many people were reading his books. Most of the critics regard his novels as a continuation of Ivan Vazov’s novels and his Brothers is considered to be the greatest pinnacle in the Bulgarian literature after Vazov’s Under the Yoke. In 1936, Nemirov was awarded the Cyril and Methodius’ Literary Prize by the Berlinov Fund for his overall creativity and he was only the third out of all Bulgarian writers together with Elin Pelin and Yordan Yovkov to win the prize. For one reason or another, however, some critics who were considered authoritative for their time seemed not to appreciate his talent and his name was not even mentioned by critic Panteley Zarev in his Panorama of Bulgarian Literature. However, Nemirov’s works were popular among people and his works were studied at school until the Communist coup in 1944.

It is said that Nemirov was an extremely intelligent man, a humanist with a subtle sense of humor, a sociable, witty, and desirable interlocutor. He supported the idea for cultural convergence between Bulgaria and Romania. In the early 1930s he visited the towns of Dobrich, Balchik, Kavarna, and Constanta in southern Dobrudja, which at that time was still under Romanian rule under the Thessaloniki agreement of 1918. There he met the local people and became the ambassador of Bulgarian culture among the population there. 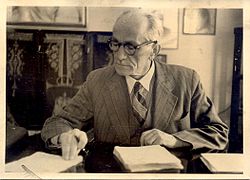 Dobri Nemirov died in Sofia in 1945. Due to ideological reasons, after his death, despite his important contribution to the Bulgarian culture and along with many other Bulgarian writers and public figures at that time, he was ignored, deliberately neglected and eventually almost successfully forgotten.

But we remember and respect our public figures and our writers because we know that with their works they create our history, retell our past and create a mirror of the previous ages in which we have not lived and for which we cannot know firsthand. Each of them has helped us build our own self-consciousness, our sense of belonging as humans and Bulgarians, helped us to get to know and in this way preserve our culture to this very day. Because how else could we preserve something we do not know we ever had?