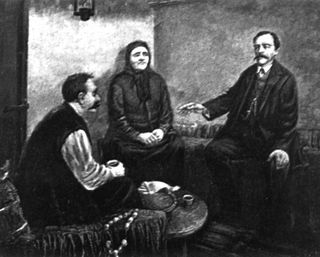 One of the most prominent supporters of the the Bulgarian Renaissance, a patriotic, courageous, and devoted to the National Revolutionary Movement woman, an associate and confidant of Vasil Levski and associate of Georgi Sava Rakovski, Tonka Tihova Obretenova is a key figure in the Bulgarian National Struggle for Liberation in the end of 19th century. She provided fundamental organizational, moral, and financial support to the rebels after the defeat of Hadji Dimitar and Stefan Karadzha’s detachment and to the Rousse Revolutionary Committee by turning her home into a hiding place and a strategic site for the revolution in the northern and central parts of Bulgaria.

Tonka was born in 1812 in Rousse. Her father was an alert and inquisitive person. He supported the active struggle for enlightenment that initiated in the country at the beginning of 19 century and among many other newspapers and magazines, he received the first educational journal published by Konstantin Fotinov in 1842. Her mother wanted her daughter to study and sent her as a student to an educated priest. However, Tonka returned only three days later because she was mocked by her friends for wishing to become educated. Back then, women who wanted to educate themselves were hardly accepted by society.

In 1831, Tonka married the notable tailor and one of the first traders in Rousse, Tiho Obretenov. His fellow citizens considered him a representative of the intelligentsia in the city. He actively took to public life at that time and sponsored the Lyuboslovie and Dunavski Lebed magazines. Later he bought the house on the Danube which later became the center of revolutionary activity in the region. In 1864, together with his son Nikola Obretenov, he founded the first Bulgarian school in Romania. Tiho died in 1869 from poisoning carried out by his business partner.

The Obretenovi had 5 boys and 2 girls from their marriage – Peter, Angel, Atanas, Nikola, and Georgy, and Anastasia and Petrana. All of them are inextricably connected to the national struggle for Bulgarian Liberation from Ottoman rule. 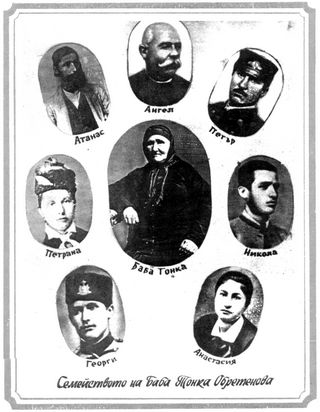 According to the written sources, Baba Tonka was a warm-hearted, communicative, resourceful, and courageous woman who considered it her duty to help people in trouble and to support the ones in need. Her fate that allotted her one of the most important and unique roles in the Bulgarian National Struggle for Liberation, first encountered her when she was already 50 years old when Georgi Sava Rakovski, a personal friend of her husband’s, visited their home to discuss with Tiho Obretenov matters related to the Bulgarian liberation. It was then when her revolutionary spirit was ignited and her desire to take part in the struggle for liberation was born.

When Rakovski began to form the First Bulgarian Legion, Baba Tonka’s house became the place where young people including her two sons Angel and Peter started learning how to shoot and handle weapons. In 1862, Peter joined the First Bulgarian Legion in Serbia. Angel and Stefan Mesho-the Priest did walking rounds to meet the people on the Bulgarian part of Danube region, to spread revolutionary ideas, ignite a desire for freedom, and attract compatriots to the struggle for liberation.

In 1868, the detachment of Hadji Dimitar and Stefan Karadzha was gathered. Baba Tonka’s two sons, Peter and Angel, joined it. Her daughter, Petrana, created and embroidered the flag of the detachment, which Baba Tonka herself took to the revolutionaries by travelling to Giurgiu in Romania where their headquarters was located.

After the defeat of the detachment, the revolutionaries who were captured alive were taken to Rousse. Among them was one of their leaders, Stefan Karadzha, who later died from his wounds. Baba Tonka managed to bury him and managed to preserve his skull which now can be seen in the Baba Tonka Museum in Rousse. A captive who was also taken to the city was her son, Angel Obretenov, who was sentenced to hard labour for life and sent to Israel. He was released in 1878 by virtue of a general amnesty and returned to Rousse where he died in 1894. Another of her sons, Peter Obretenov, found his death in one of the battles of the detachment in 1868. He was only 26 years old. 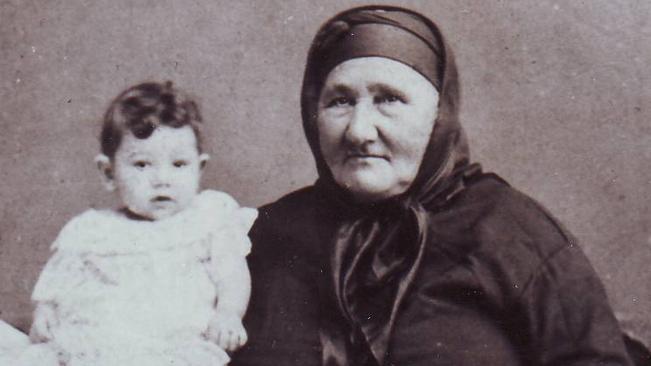 In 1872, the Revolutionary Committee of Rousse was established in Baba Tonka’s house by her son Nikola Obretenov. The setup of this committee was long considered of utmost importance by Vasil Levski – the Deacon, the leader of the National Struggle for Bulgarian Liberation, who wanted such a revolutionary organization near the Danube to facilitate the transfer of weapons from Romania to Bulgaria and to act as a connection between the Bulgarian Revolutionary Committee in Bucharest, Romania, and the Internal Revolutionary Organization in the country.

Baba Tonka had two important tasks to carry out – to provide a hideout for the weapons of the revolutionaries and to recruit boatmen to transfer mail and weapons between the Bulgarian and Romanian shores. As a result, a hiding place was dug under the rooms of the house that was big enough to shelter both rifles and several revolutionaries in case of need. By using cunning and bribery, Baba Tonka managed to attract the boatmen that were necessary for the cause.

In 1874, the Revolutionary Committee in Rousse became of great importance and was functioning as the major revolutionary committee responsible for the central parts of the country. In Baba Tonka’s house were hidden weapons, correspondence, archives, the Svoboda (later renamed to Nezavisimost) newspaper published by Lyuben Karavelov. Many revolutionaries, such as Stefan Stambolov, Stoyan Zaimov, Toma Kardzhiev and Zahari Stoyanov, found shelter and protection there too. 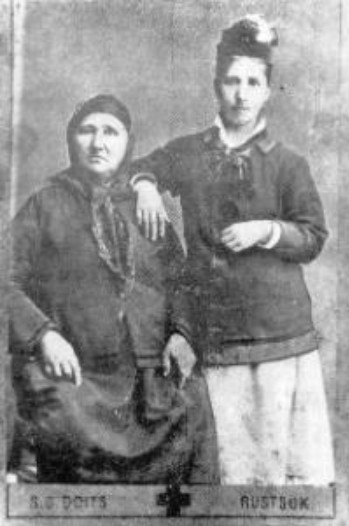 After the defeat of the uprising, the sons Nikola and Georgi along with Stefan Stambolov, Panayot Volov, Stoyan Zaimov and others managed to escape from Stara Zagora to Giurgiu. Part of revolutionaries, however, were captured and taken to the prison in Rousse. Baba Tonka travelled to Romania to help the exiled revolutionaries there and also managed by trick again to make the Turkish prison guards let her freely visit the rebels in the prison and therefore bring them clothes, food, and help them keep their faith in the face of the enemy.

In 1876, Nikola Obretenov, who was a central figure in the Revolutionary Committee in Rousse, was appointed a leader (apostle) of the April Uprising in the district of Vratsa. Later, he participated in the detachment of Hristo Botev, witnessed the death of the leader, and is one of the survivors who provided details about the events that led to Hristo Botev’s death. Nikola was sentenced by the Turks and exiled. After the Liberation he became a Member of Parliament and a Mayor of Rousse. Together with his wife, Dimitra, he lived in his mother’s house until his death in 1939. Tonka, their daughter and Baba Tonka’s granddaughter, and her husband, Niko Prosenishkov, were killed in the coup d’état organized by the Communists in September 1944 who also confiscated the house.

In the same 1876, Georgi Obretenov was appointed an apostle for the district of Sliven. He joined the detachment of Stoil Voyvoda. In May 1876 he was severely wounded by the Turks during a battle and committed suicide in order not to fall into captivity.

Anastasia Obretenova supported the revolutionary activities of her brothers. She married revolutionary and writer Zahari Stoyanov, author of Notes on Bulgarian Uprisings, and after the Liberation she edited his works.

Atanas Obretenov was called The Old Housekeeper and was responsible for keeping the hideout and Baba Tonka’s house safe and in order, and for the transfer of weapons and mail.

Baba Tonka lived to see Bulgaria liberated and died in 1893. According to eyewitnesses, her funeral was attended by so many people that only the number of people attending Lyuben Karavelov’s funeral in the city had outnumbered it.

Below are maybe the most famous words Baba Tonka has uttered. They themselves speak of her relentless faith, patriotism, and dedication to Bulgaria during the National Struggle for Liberation:

It’s four sons that I lost in the struggle! Two of them are in their graves already and the other two are half-dead. But had I four more, I’d still make them carry the Bulgarian flag with the golden lion!

In 1934, a village in the Municipality of Popovo, Targovishte, was named after Baba Tonka. The High School in Mathematics in Rousse and a gulf at the Antarctic island of Livingston also bear her name. Her personality served as a prototype for the heroine of Baba Tonka in Ivan Vazov’s novel called Chased and Unwanted.

Her house is now a Museum that is taken care of the Regional Museum of History in Rousse.