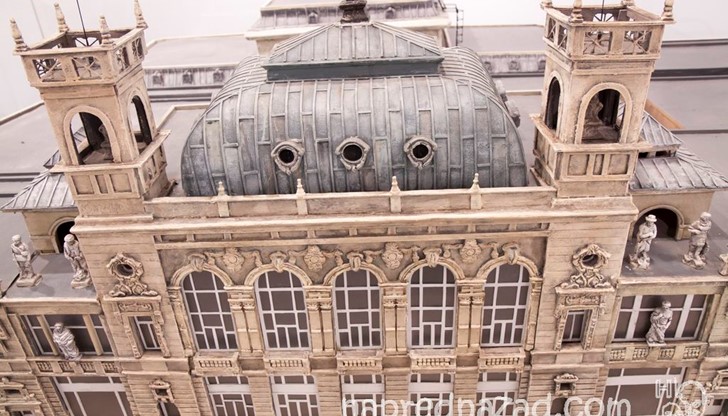 One of the most familiar and iconic buildings in Rousse, the Profit-Yielding Building houses Sava Ognianov Rousse Theatre and is an architectural and a cultural monument of national importance.

After the Bulgarian Liberation in 1878, Rousse becomes the largest city and the greatest economic center in the Principality of Bulgaria. At that time, the local community of residents decided to act upon the idea to construct a building that would act as a cultural hub for the citizens, on the one hand, while its rented premises generate revenues intended for the development of the local schools, on the other.

On October 11, 1896 the Municipal City Council decides to allocate land for a theater building in the city center and announces a competition for its design. 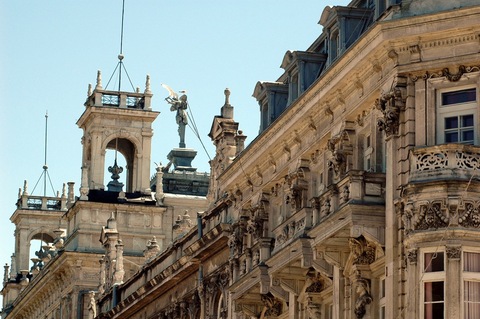 The winning project is the architectural plan by the Viennese architect Peter Paul Brang who at the time was designing buildings not only in cities around Bulgaria, but also in the Czech Republic, Slovenia, and Romania.

The construction of the building began in 1898. The main building is completed in 1900 and the construction is officially announced to be over in 1902. The project for the theater premises is done by Mr Turnichek, a teacher in drawing, and by Romeo Giromagny, the Chief Artist of the National Theatre in Bucharest.

The facade of the building is a Neoclassical architectural masterpiece for its time and the decorative elements are in the traditional European 19th-century style. 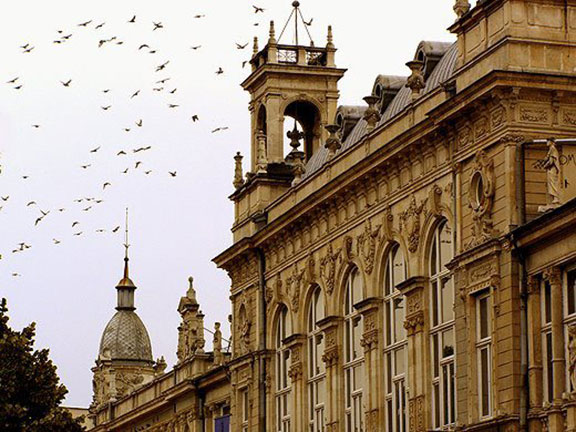 All architectural forms, ornaments and statues of the Profit-Yielding Building are made of stone. Seven figures rise from the roof and symbolize Art, Science, Agriculture, Handcrafts, Trade, Defense, and Flight of the free human spirit. Atop is the statue of Mercury as the symbol of Trade.

On December 25 and 27, 1901 and on January 8, 1902 in the Casino located at the Profit-Yielding Building the Theatre played the Paris Junkie by Edmond Brizbar and Eugene New.

From 1928 to 1954 Liuben Karavelov City Library is located in the Building. From 1955 to 1990 the Zora Revival Community Centre is also housed there, and between 1947 and 1979 the Profit-Yielding Building hosts the expositions of the City Art Gallery.

In 1975, the local governing body decides on a full reconstruction of the Building. In 1981 it is closed for renovation, but the reconstruction itself begins only a few years later. 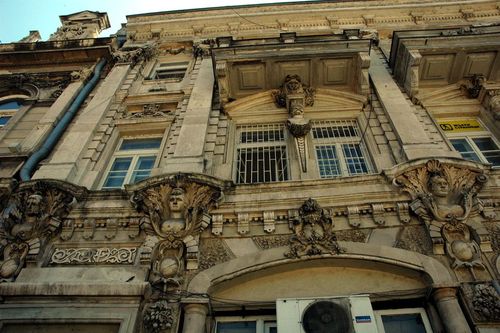 The overall renewal continues for the next 24 years. Finally, on July 1, 1999 the new Chamber Theatre Hall is officially presented to the public and on December 15, 2005 the new Big Scene Hall welcomes its first audience.

In 2014 the Profit-Yielding Building is chosen by public vote the Bulgarian National Iconic Building of the Year.