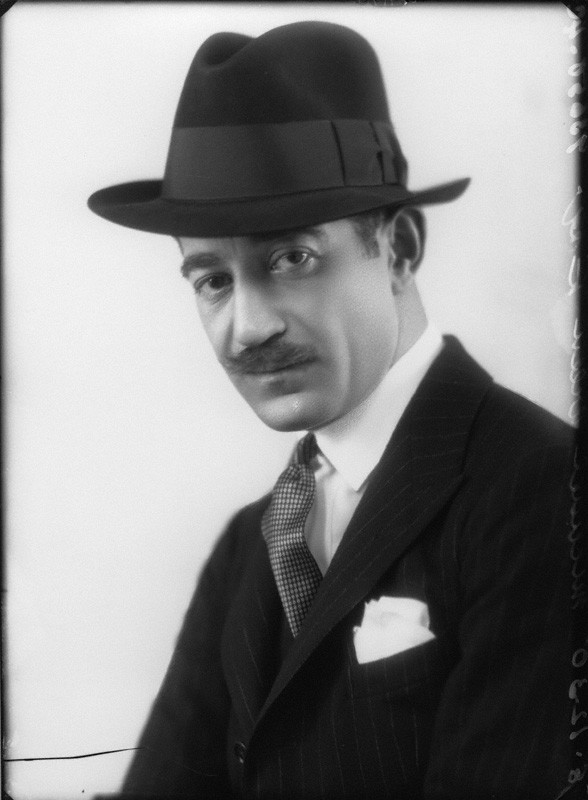 An extremely talented and internationally distinguished writer from the beginnign of 20the century, Michael Arlen is was born in Rousse as Dikran Kouyoumdjian in November 1885 to an Armenian merchant family who had emigrated to Rousse because of persecutions of Armenians within the Ottoman Empire.

His mother comes from the wealthy Armenian Aslanian family who trade with tobacco and wool predominantly with English enterprises. She is a highly educated woman, who plays the piano, speaks an excellent French and is keen on reading owning a library full of classic novels. She is also the one to take care of the small boy’s education and to trigger his passion for literature.

During these years the family business thrives and grows. The parents decide to send Dikran to England to study so that he is able to lead the English branch of the family enterprise later on. At the age of six in 1901 Dikran leaves for the Island, graduates a state school and is admitted to the St Andrews College in Scotland.

While he is at college, the family business takes a steep downfall and goes bankrupt. As a result, Dikran quits college, settles in London, starts to write to make ends meet and adopts the prn name of Michael Arlen.

In the beginning he writes for newspapers and magazines. His first novel The London Venture, which is description of his life up to that moment, comes out in 1920. In 1921 his first collection of short stories called The Romantic Lady is published. In 1922 he acquires a British citizenship and adopts Michael Arlen as his official name.

His novel The Green Hat is out in 1924. It is considered to be his masterpiece, becomes an instant success. The Green Hat is later on dramatized and presented at the West End’s Adelphi Theatre, then adapted for cinema and filmed in 1928 starring Greta Garbo in the lead role.

During this period of his life Michael Arlen is socially very active. Among his friends are Hemingway and Francis Scott Fitzgerald. Often critics liken Arlen’s writing to Fitzgerald’s due to the multi-layer protagonists both depict. In 1928 Michael Arlen marries Countess Atlanta Mercati from whom he has a son and a daughter. Upon the outbreak of the Second World War the family moves to the United States and the Arlen becomes one of the most sought after scriptwriters in Holywood. He also writes horror stories and Alfred Hitchcock integrates some of them into his movies.