In collaboration with Jennifer Atanassova 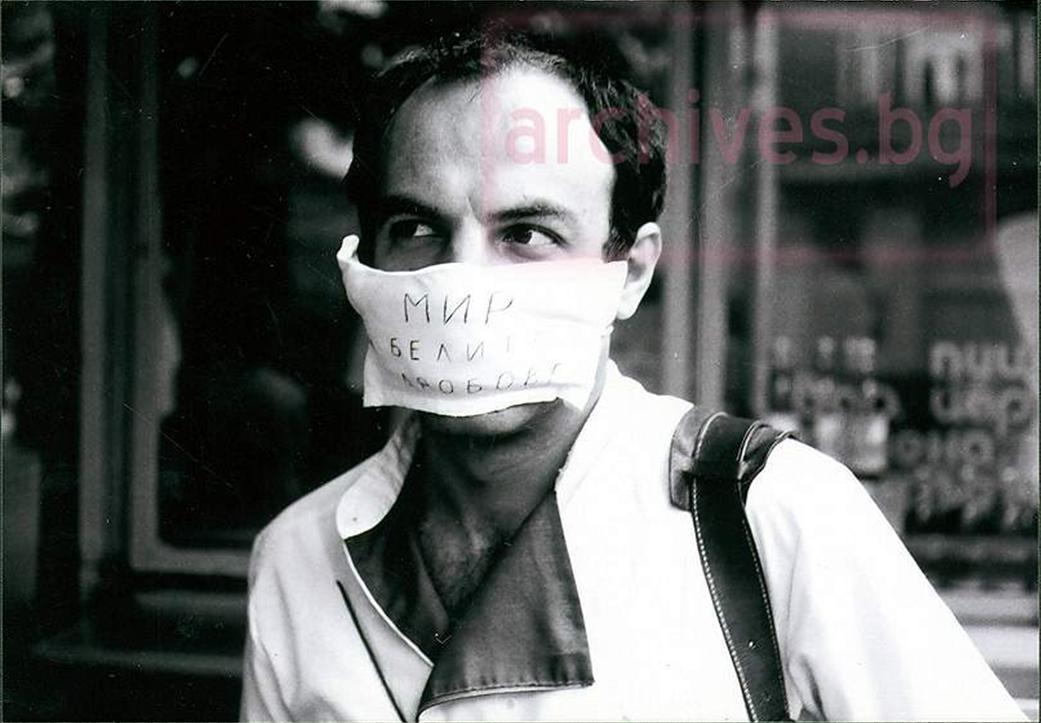 In 1981 the Romanian chemical plant in Giugiu, Verachim, starts to operate. Poor installation and excessive load causes the systematic release of chlorine compounds in the atmosphere in amounts that are up to twelve times over the permissible norms. The management of the Bulgarian Communist Party (BCP) takes no actions and leads no negotiations with Romania – for fear not to spoil the good neighborly relations. During this time, however, for the residents of Rousse everyday life becomes a struggle for survival.

Analyses show 72 days of intense gassing per year. The number of respiratory diseases registered over seven years has doubled. The number of children born with disabilities has significantly increased. Infant mortality in the city has become 2 times higher than the average for Bulgaria. Nearly 20,000 people have left Rousse. All signals of the ecological threat to Rousse during 1984-1986 have been classified. The Communist government in Romania denies that there is a problem. 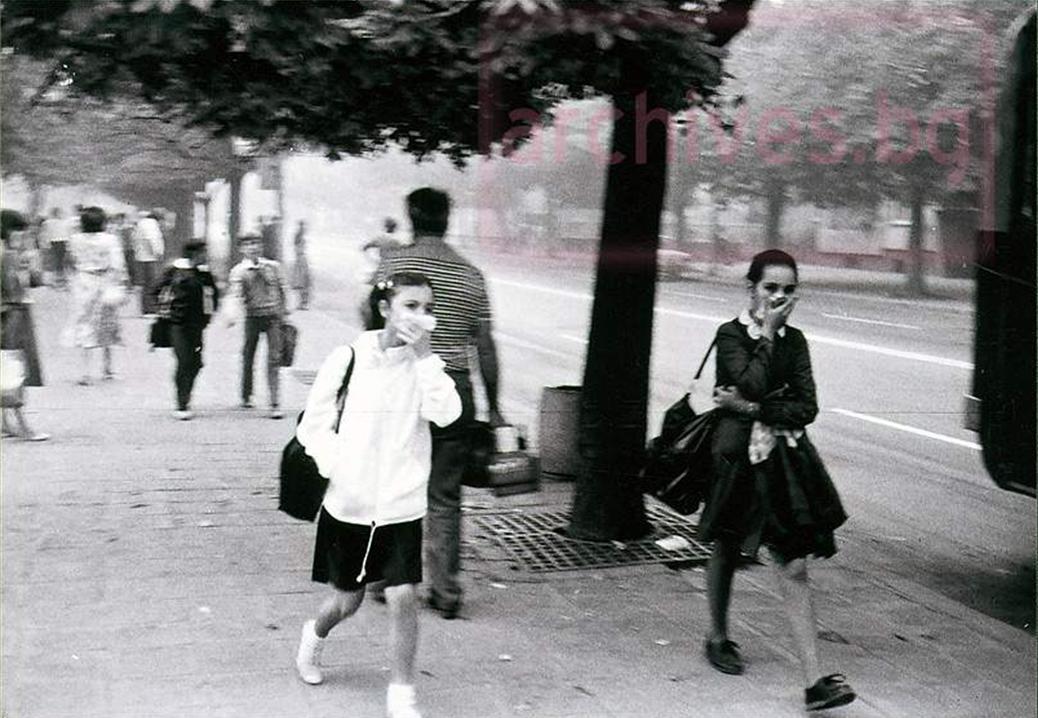 On September 23, 1987 the BCP in Ruse makes hundreds of students at the age of ten come to the square in the city center for admission to the pioneering organization. The air is blue haze. Ambulances accompany the procession of the children to the front. Medical teams provide first aid to fainting children. However, nobody cancels the event.

This nightmare becomes the trigger for Tsonka Bukurova, Viara Georgieva, Dora Bobeva, Stefka Monova, Eugenia Jeleva and Albena Velikova – six women working as Technical Leaders and Assistants at the state-owned company for landscape architecture to plan and organize the first environmental protest in the country during the Communist regime. An interesting fact is that due to fear of reprisals, they swear before Bible that they will stick together in the endeavor and it helps them keep their courage. 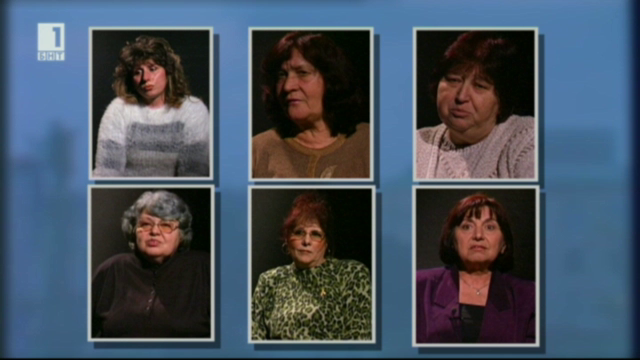 On September 28, 1987 500 people gather outside the Party House to hold a peaceful protest while the District Committee of the Bulgarian Communist Party is having a meeting in the building. A representative of the Party faces the protesters and assured them that they have already taken measures to stop gassing – which however happens only four years later.

The silence engulfing these protests is broken, though only in a local newspaper. An article related to the effects of chlorine attacks and the demonstrations is published. The issue becomes known on a national scale after the publication of materials in “Literaturen Front” and “Starshel” published materials for the air pollution in the city. From December 9, 1987 to January 22, 1988 Rousse artists organize an exhibition called “Ecology – Rousse 1987”, which is written about in all major newspapers in the capital. As a result, BCP persecutes the initiators of the exhibition and starts the propaganda for their exposure among the city residents. Due to the lack of any actions on behalf of the government, as much as the six ladies try to keep the protest civil, it takes on a political tone when an unknown perpetrator wrote on the building of the Dunavska Pravda newspaper “Down with the BCP”. 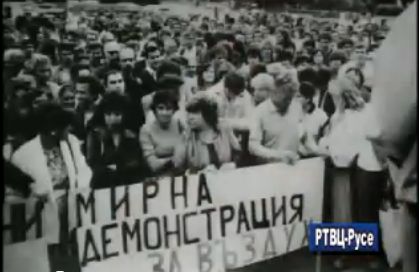 On February 10, 1988 the weather is clear and no gassing has happened up to the moment. Nearly one hundred mothers with their babies in prams gather outside the Municipal Council of the Communist Party. More and more mothers join the demonstration and their number becomes over 2,000. This is also the day when the Member of the State Council and former Prime Minister – Grisha Filipov, is taking part in the Party meeting. He steps outside and talks to the mothers, assuring them that there is no more gassing. Right after the demonstration, however, a thick blue mist again descends over the city. The angry mothers refuse to disperse and to believe the propaganda any more. This civil and environmental protest becomes known ever since as the Protest of the Mothers with Prams. 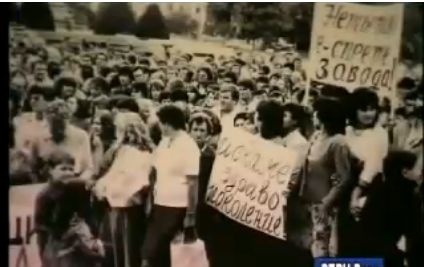 The filmmaker Yuri Zhirov of the Ekran studio team at the Bulgarian Television shoots the movie “Breathe,” which played a big role in the subsequent events. After the movie is broadcasted, there followed a mass enrollment in the newly established Public Committee for Environmental Protection of Rousse, which is the first dissident organization in the country. In reality, the Committee, however, fails to perform any activity. The Court refuses to incorporate it, the State Security interrogates many of the protesters, puts pressure on its members and forces its founders to give up any related activity. 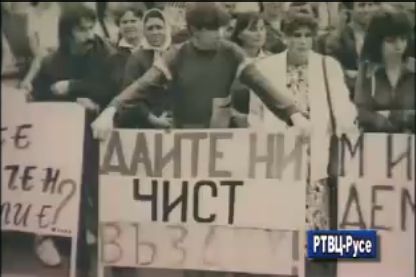 1. Breathe Documentary
2. New Old Stories – The Gassing of Rousse in the Eighties
3. How Jivkov Let Chaushesku Poison Rousse
4. Anatomy of a Civil Protest in Bulgaria towards the End of the Socialism: the Rousse Case