In the Northern Lands of Rusenski Lom

Rusenski Lom Nature Park is located 20 km South of the city of Rousse and is named after the Rusenski Lom River – the last of the right tributaries of the Danube. In 1970, it is declared a protected zone and its total area accounts for 3,408 hectares, the National Tourist Portal diligently informs us. Subsequently, Rusenski Lom proved to be much more than this.

Jagged cliffs, covered with greenery and daphne surround the river at the entrance of the Park and create the feeling of an approaching adventure you are about to plunge into that will take you back in time and will reveal the secrets of this place.

The awareness of mystery is further extended once find ourselves in front of the Ivanovo Rock Churches. It is not by coincidence that the rock monastery complex is proclaimed World Heritage by UNESCO. Carved high in the rocks are the rooms that nature and man’s diligent hands decades ago carved in the name of faith. The preserved wall paintings are colorful and vibrant. Created by prominent artists they demonstrate the importance of this Medieval spiritual center.

Crossing Rusenski Lom and following the winding path along the cliff, we realize that the Rock Churches are just one of the many wonders in this area. Lush vegetation, ceaseless bird songs, and more and more hidden by time and not well-known rock churches are about to be revealed.

We try not to miss any of them: The Baptistery, God’s Gorge, St. Theodore. The views disclosed before our eyes are awe-inspiring: the curvy body of the river lazily winds below, decorated with flowers and green grass on both banks. Bees are happily buzzing and the scented odor of greenery and spring overwhelms us. The soul dissolves and quietly you start to sing childhood songs which wind carries away and through the gorge.

The expedition courageously continues forward. This time the voyage leading us here has a cause: to help the busy young people from the local Rousse Bike Association to clean up the cycling trail along the river from the fallen trees. We all struggle with the overgrown vegetation, form teams for quick response, cut the branches and collect them afterwards in teams. Our day is a mixture of hard work, joy and laughter that makes the work easy-going. 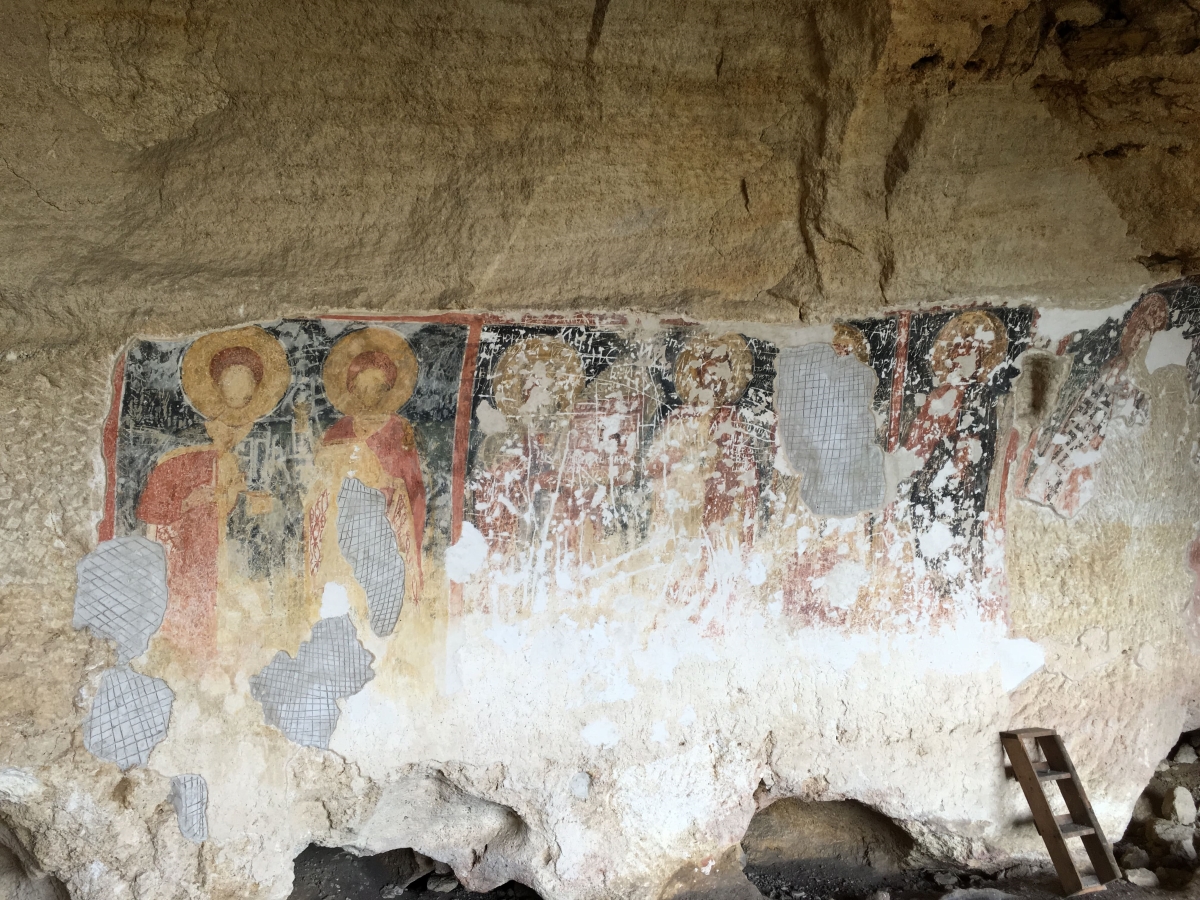 The day passes so imperceptibly that it’s now time for a well-deserved rest. Our group heads to the nearby village of Koshov where our hospitable hosts greet us with a delicious dinner – coziness is all around. When the first stars appear on the sky, the hill opposite us reveals a magnificent sight – herds of sheep return from pasture and they process towards the cave over the sheep house and disappear in it to spend the night there safe. Only their bells can be heard from the distance behind the huge mouth of the cave that seemed to have swallowed them.

The next day is again dedicated to cleaning up paths, but before we get down to it, we go to see the bird-watching hiding place on a hill in Koshov. Vultures are nowhere to be seen, but the scenery is impressive. 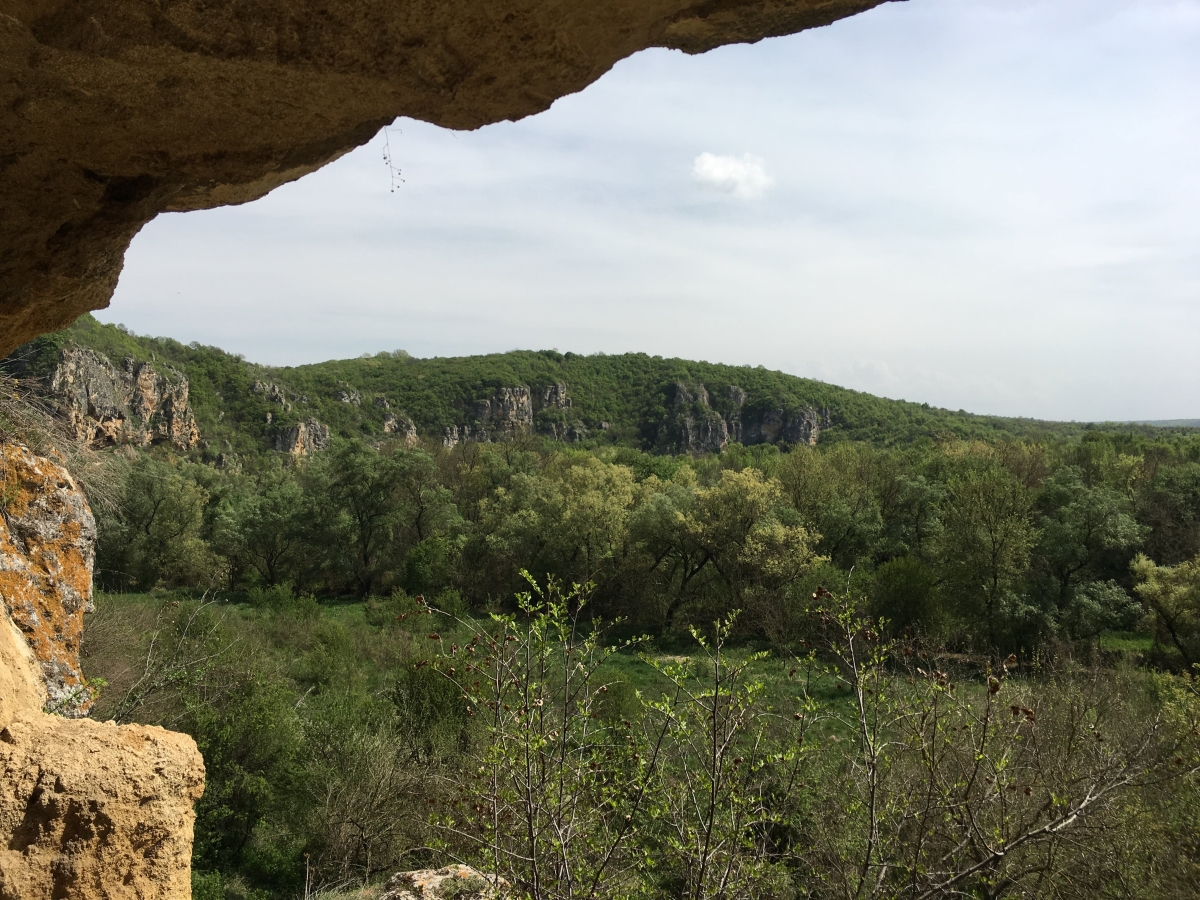 The sky is low and gray, but the air is fresh and the day promises to be one of beauty and spring. We start cleaning the path that goes around the Medieval Town of Cherven. Shortly after we face our first challenge: a half-destroyed wooden bridge we must get through to reach the passage leading to a rock church – actually, to the only church on the territory of the Medieval town.

The bridge-passing is successful unlike the cleanup. The terrain is steep and deep into vegetation. This doesn’t stop our team, which some likened to Japanese excavators or carpenter ants. Once we pick up momentum we soldier on and make the clearing in the Rusenski Lom jungle. And then it turns out that that this is not the way leading up to the church. We look at each other – all sweaty and tired. Someone giggles and a second later our mighty laughter echoes in the air around. We continue forward, clearing a new path in no time at all and we suggest that someone cuts a ribbon like our current government reps love to do to mark the grand opening of a new highway that would last for a season – if we are lucky. 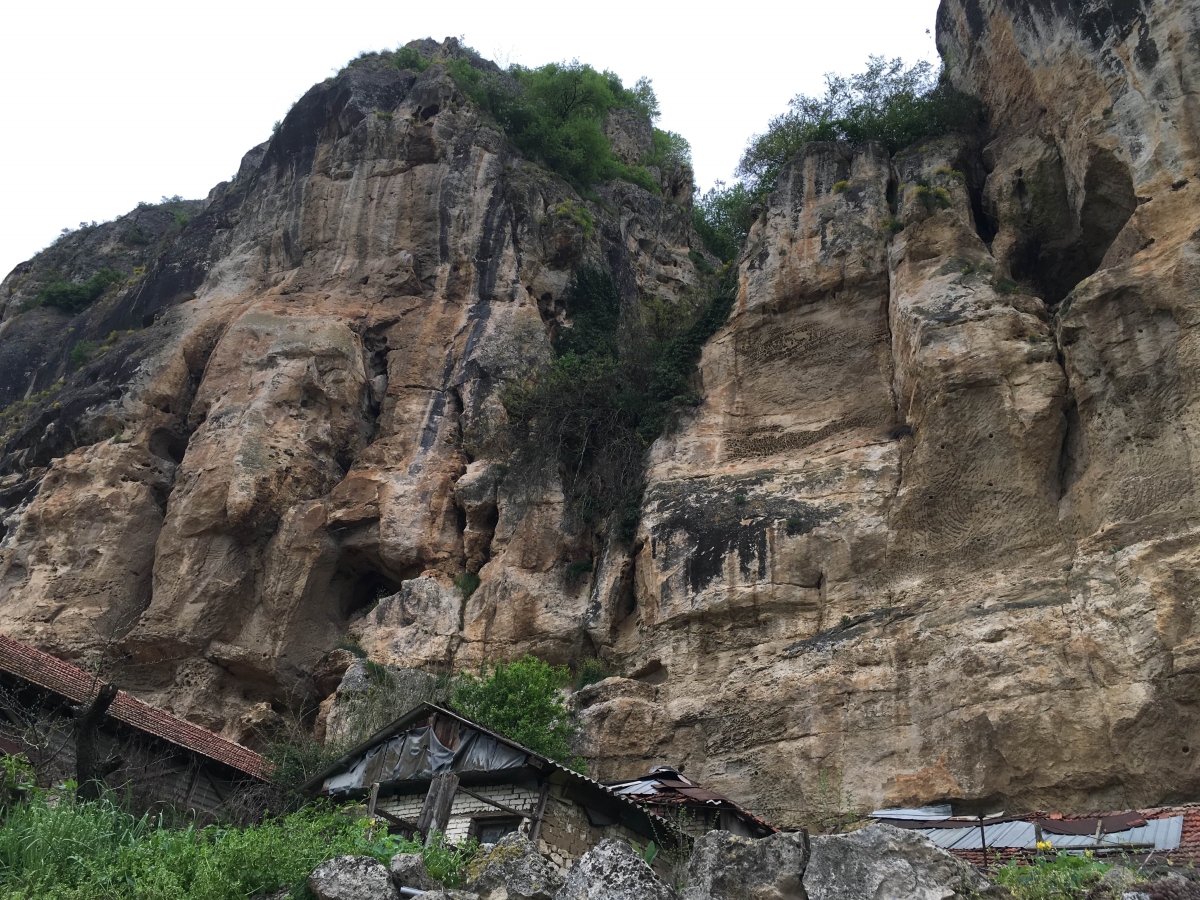 This time, however, we are on the right spot, the rock church, which has definitely deserved all efforts we put into getting to it. We see a large oval niche in the rock, additional man-made grooves in the stone that time ago held wooden gates, preserved murals and carved trapezoid niches, once tombs for the monks, carved in floor. It is clear that no one has set foot here for years.

Time for some history lessons. We walk through the Medieval Town of Cherven, the remains of churches, towers and its past splendour, which we can only hear about now. Another look around at the impressive nature and it’s time for us to leave. We do not want to leave this strange land – Rusenski Lom Nature Park. There is so much to discover: Orlova Chuka cave, the village of Nisovo, the alleged Templar cemetery, more rock churches, more paths to clean, more and more as if the thought echoes in our minds on the way back to Sofia.. Anyway, we’ll see you soon – and that’s a promise! 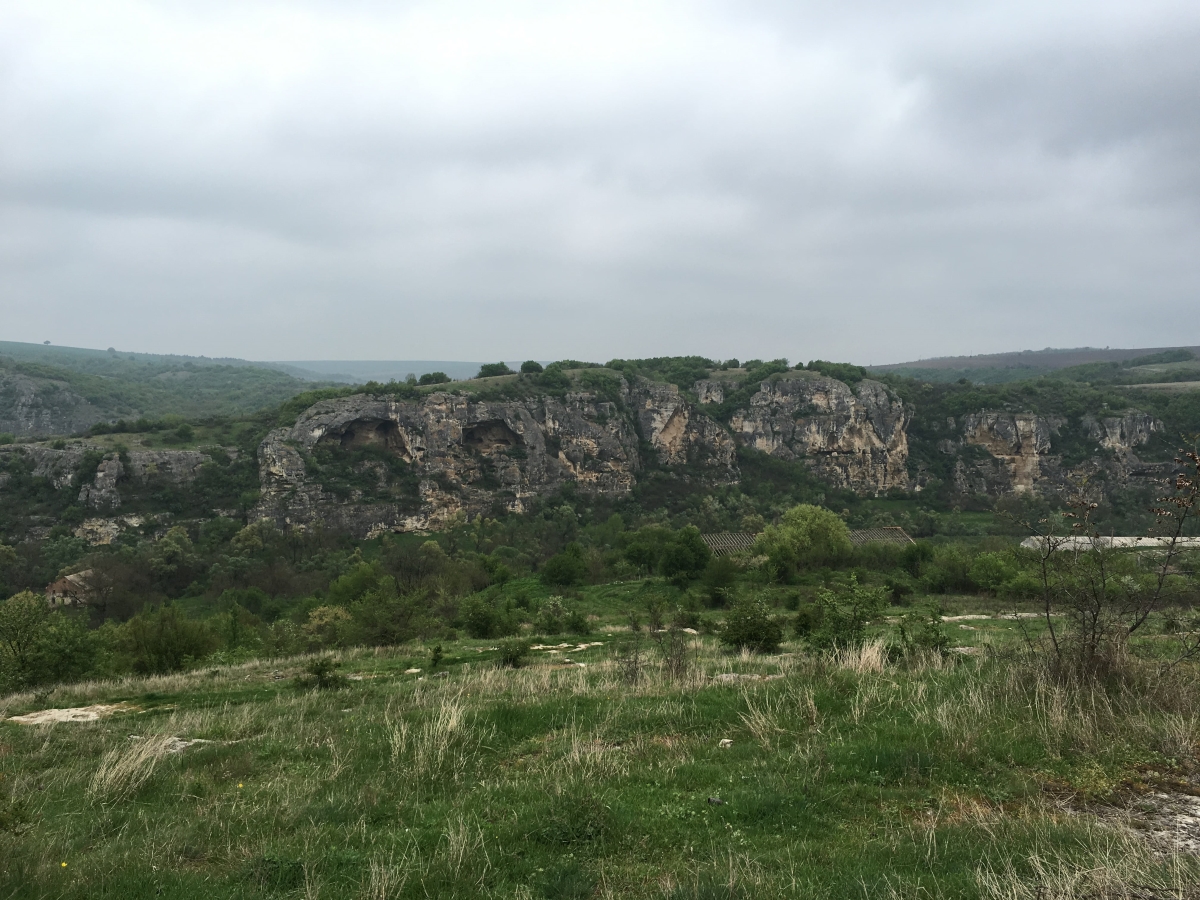 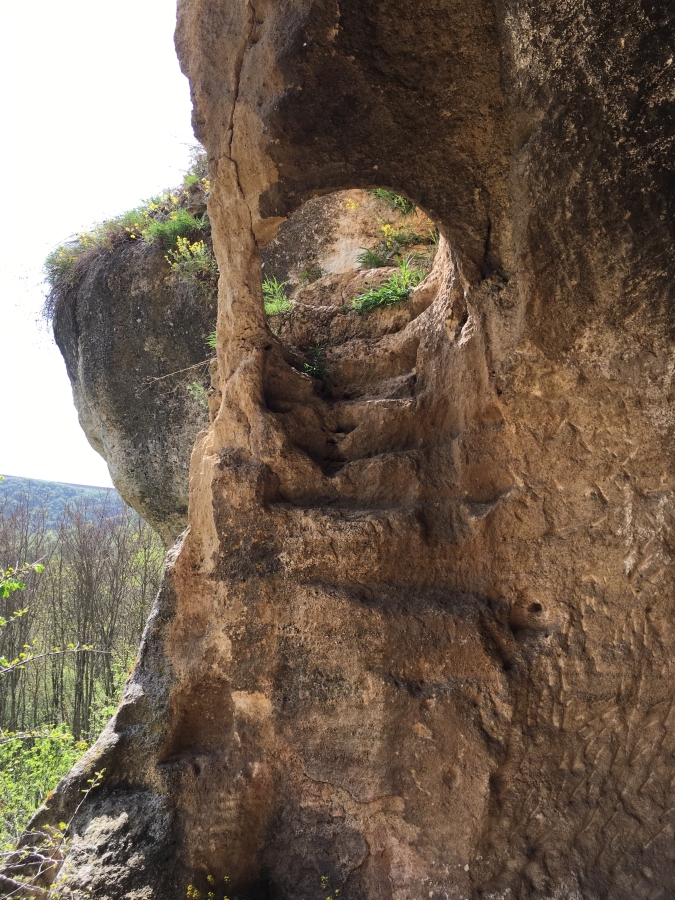 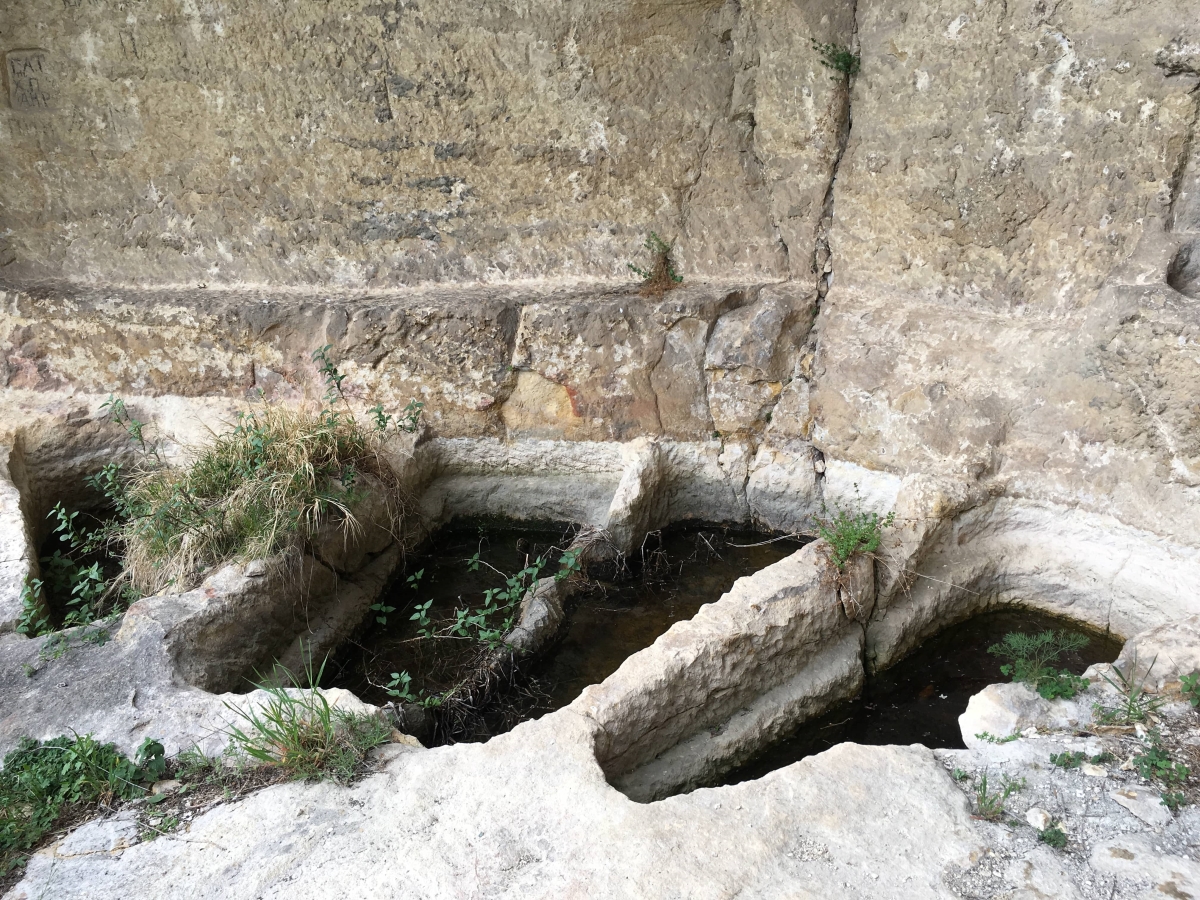 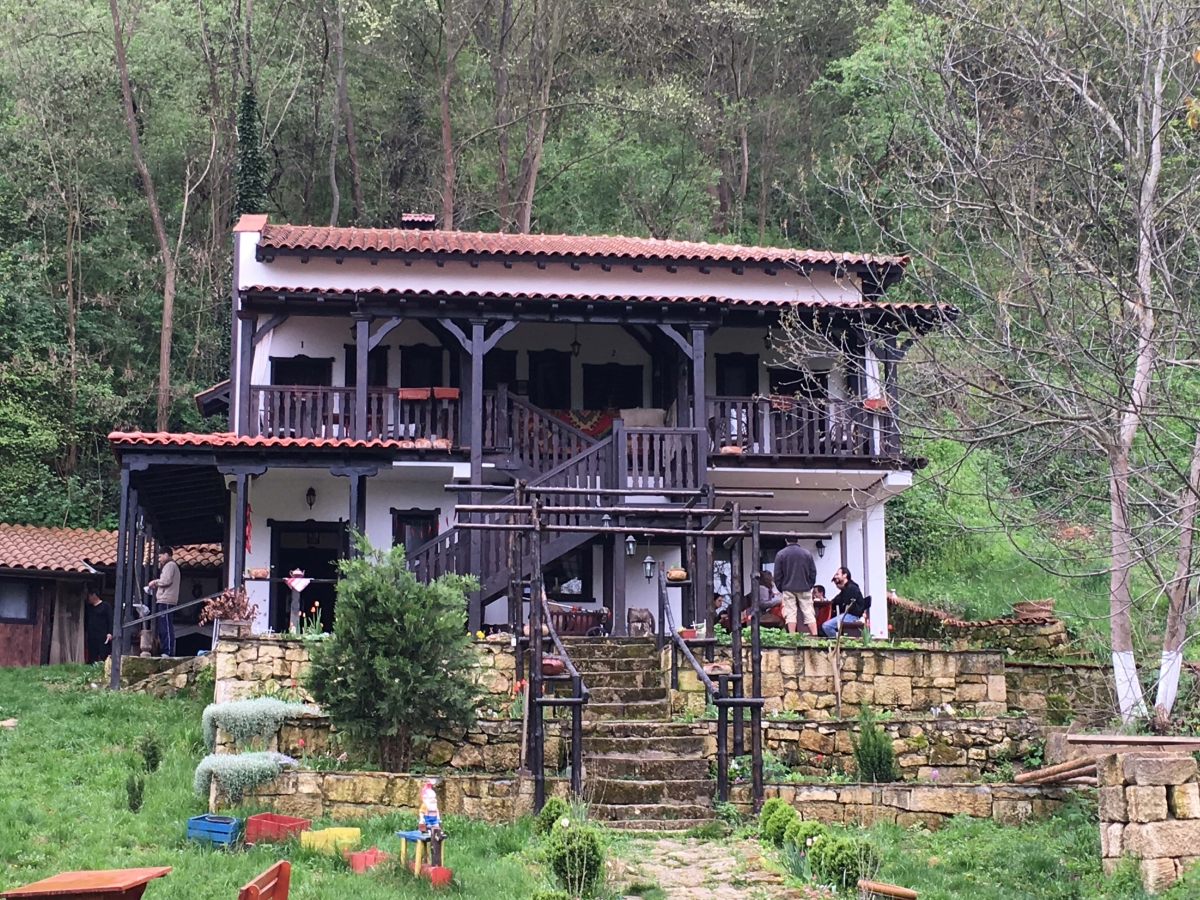 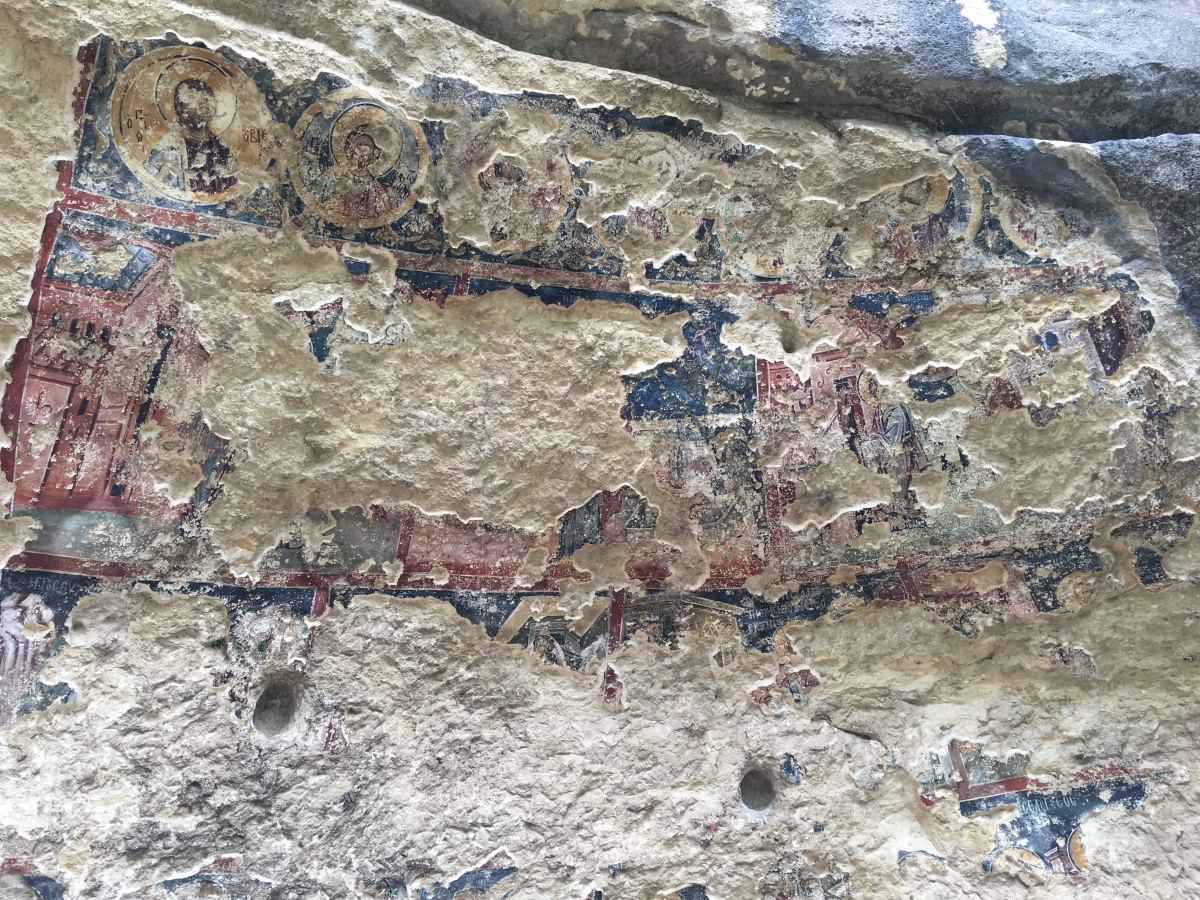 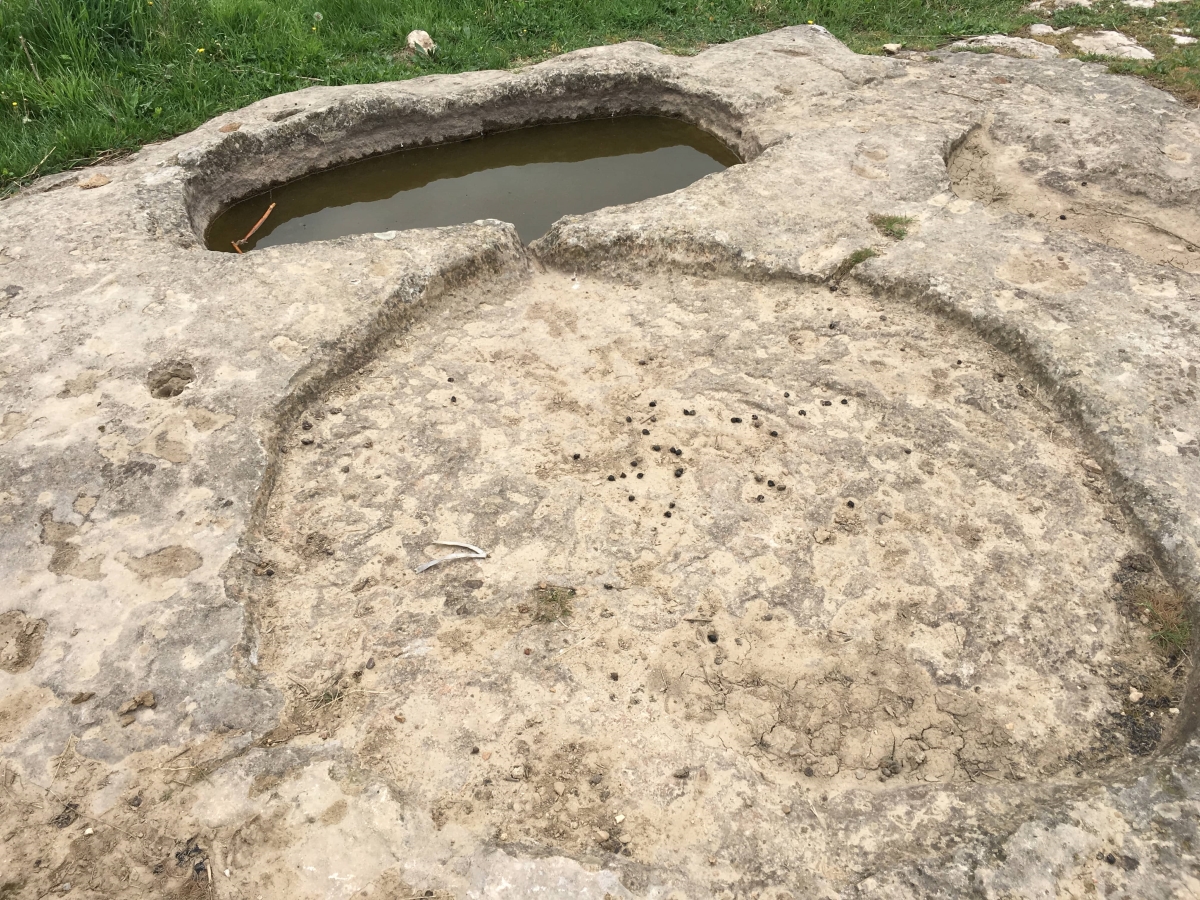 Note: The photos in the article are owned by this website.