Author’s note: despite its unprecedented sports achievements, at the end of 2017 the women’s basketball team in Rousse was disbanded. We decided to leave the article, however, because we experienced genuine joy and took sincere pride in the successful sports performance of the girls, also because we want their sporting merits to be remembered, and because, of course, we hope that some day again Rousse will again have such an outstanding team of ladies. 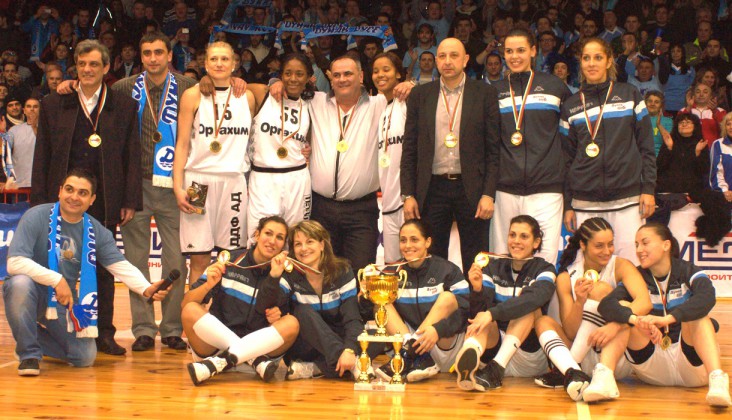 It is my incredible pleasure is to introduce you to the women’s basketball team of Rousse known by its full name of Dunav 8806 Rousse, or simply Dunav Rousse. Dunav is a most common name for anything in the city as it is the transliteration from Bulgarian of the river Rousse is situated on – the Danube. The numbers come from the telephone number of its biggest sponsor, which, being a taxi company, holds the premium 4 digits that decorate the girl’s outfits.

A former basketball player myself for 7 years at elementary school and for yet another year at my high school team, I truly admire these ladies for their discipline and dedication must have been consistent and unceasing to lead the team to the first place in the National Championship in 2014 and make it the winner of the Cup of Bulgaria in 2013 – both for a fourth consecutive time. Some of the girls stayed with the team long before its fame became a characteristic going hand in hand with its name.

Get yourself acquainted with what’s next on the team’s Facebook page.

Visit their official website where you can follow the latest news, statistics, and everything related to the team and their sports club.

The photos used in this article are provided by Stanislav Stefanov and are available at http://www.sportal.bg.