If someone had asked me a day before whose these words were, I would have immediately answered that “I am you.” are the emblematic words of a quick-tempered and sarcastic Beckstrom, the Swedish criminologist from my favorite crime TV series. He uses them to provoke suspects to admit to their crimes by speaking on their behalf as if he was in their heads and saw what they had done.

These words, however, belong to Leon Daniel. They remain his signature in the memories of some actors whose talent he encouraged on stagein an equally eccentric way as the Swedish Beckstrom encourages the intuition for investigation.

Leon Avram Daniel a is Bulgarian stage director of Jewish origin, born in Rousse. He graduated from the State Theatre Institute in St. Petersburg, Russia, known as Leningrad and the Soviet Union respectively back then. He started his career at Drama Theatre in Rousse until 1957 when he moved to Bourgas and spent the next three years there.

Despite having been exposed to Russian influence, Leon Daniel asserted his creative ideas and became known as opposing the communist government. It was in Bourgas when together with three other stage directors at the Bourgass Theatre, he formed the so called The Great Four. During the Communist regime in the late ‘60s they staged for the first time authors such as Brecht, Dürrenmatt, Mrozhek and Sartre whose plays were not allowed in Bulgaria at the time. In this way, The Great Four created a new stage language that opposed the canon of socialist realism speech on stage.

Critics define his work as a whole epoch in the development of the national theatrical art: “The theater of Leon Daniel is he himself, his own personality. He created a school and was a remarkable pedagogue without teaching at the National Theatre Academy. He was relocated for his ideas were challenging the regime and moved from theatre to theatre in the country and yet he indisputably remained a person that stood up for talent and the values of art. ” 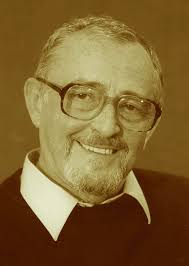 Next, he worked at the National Radio, the Bulgarian Army Theatre, Sofia Theatre, and many others. He was the director of one movie and three documentaries. He received numerous awards at international and national stage contests including an honorary Ikar for overall activity and Askeer for overall contribution to performing arts. He wrote papers, publications, and books. The play “Pygmalion” by G. B. Shaw which he directed is being performed in Sofia for a 10th consecutive year.